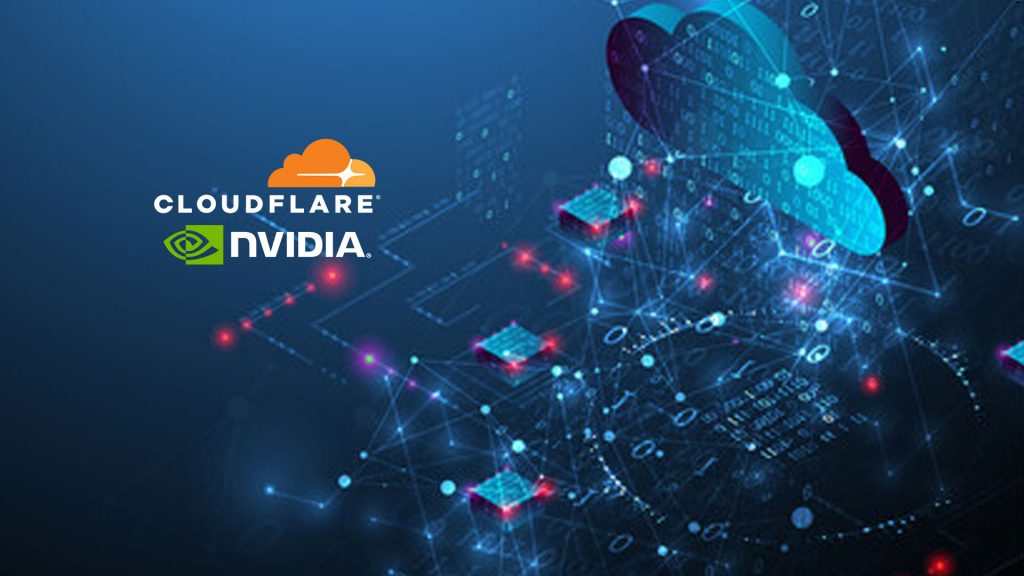 Cloudflare, Inc. (NYSE: NET), the security, performance, and reliability company helping to build a better Internet, today announced it is partnering with NVIDIA to bring AI to the edge at scale.

Today’s applications use AI for a variety of tasks from translating text on webpages to object recognition in images, making machine learning models a critical part of application development. Users expect this functionality to be fast and reliable, while developers want to keep proprietary machine learning models reliable and secure. Cloudflare is seamlessly solving for their security, performance, and reliability needs while NVIDIA provides developers with a broad range of AI-powered application frameworks including Jarvis for natural language processing, Clara for healthcare and life sciences, and Morpheus for cybersecurity.

The combination of NVIDIA accelerated computing technology and Cloudflare’s edge network will create a massive platform on which developers can deploy applications that use pre-trained or custom machine learning models in seconds. By leveraging the TensorFlow platform developers can use familiar tools to build and test machine learning models, and then deploy them globally onto Cloudflare’s edge network.

“Cloudflare Workers is one of the fastest and most widely adopted edge computing products with security built into its DNA,” said Matthew Prince, co-founder & CEO of Cloudflare. “Now, working with NVIDIA, we will be bringing developers powerful artificial intelligence tools to build the applications that will power the future.”

Previously machine learning models were deployed on expensive centralized servers or using cloud services that limited them to “regions” around the world. Together, Cloudflare and NVIDIA, will put machine learning within milliseconds of the global online population enabling high performance, low latency AI to be deployed by anyone. And, because the machine learning models themselves will remain in Cloudflare’s data centers, developers can deploy custom models without the risk of putting them on end user devices where they might risk being stolen.

Internally, Cloudflare uses machine learning for a variety of needs including business intelligence, bot detection, anomaly identification, and more. Cloudflare uses NVIDIA accelerated computing to speed up training and inference tasks and will bring the same technology to any developer that uses Cloudflare Workers.