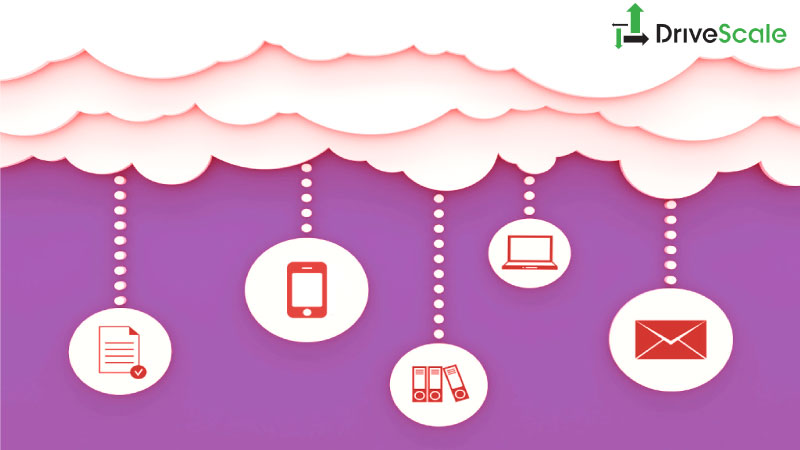 DriveScale, the leader in delivering Software Composable Infrastructure (SCI) for modern workloads and a 2018 Cool Vendor by Gartner for Cloud Infrastructure,  today announced it opened its first office in Europe and appointed Henk Jan Spanjaard as vice president and general manager of EMEA to lead growth in the region. Spanjaard joins DriveScale with more than 20 years of experience in networking, data storage, security and encryption. His extensive knowledge of the EMEA market will play an important role in building a strong regional presence for DriveScale and its Composable Infrastructure platform. DriveScale unlocks the promise of big data for mainstream enterprises, especially those delivering web-scale applications as a core part of their business.

“We are seeing high demand from Europe and are excited to be opening our first European office. Henk Jan is a strong addition to our growing team. His proven track record leading sales and operations of high tech companies will help us build market awareness and scale across EMEA regions,” said Gene Banman, CEO of DriveScale. “Henk Jan’s deep knowledge of technologies in data storage, security and networking will help to strategically drive adoption of Composable Infrastructure and the DriveScale platform.”

Spanjaard joined NetApp in 1998 where he held various roles, eventually becoming the regional director for southern Europe, and later became the managing director of EMEA for Decru, a company, in the security market, acquired by NetApp. He then continued his career in security as the vice president of EMEA for Mu Dynamics, a company acquired by Spirent Communications in 2012. Spanjaard later led operations in EMEA for computer networking and security firm Imperva, followed by a vice president role at IT automation and security company Infoblox. Most recently, Spanjaard was the vice president of EMEA for A10 Networks, a company offering high-performance application security and networking solutions.

DriveScale’s Composable Infrastructure platform is designed to better manage compute and storage resources by disaggregating them into separate pools and then flexibly binding them together as needed under software control. Performance is equivalent to direct attached storage (DAS) and no changes are required to the application stack. DriveScale’s solution is the first on the global market that empowers mainstream enterprises to easily and instantly provision and modify data center infrastructure to match changing application loads. European businesses looking for public-cloud-like elasticity and speed of change at a fraction of the cost can turn to DriveScale to solve the over-provisioning, flexibility and lifecycle management issues that plague IT teams using cloud-native applications and other modern workloads.

Additionally, with the European Union’s General Data Protection Regulation (GDPR) now in full effect, businesses in the EU and beyond must ensure they comply in order to give citizens control of their own data. DriveScale’s platform includes encryption and key management tools built in to ensure consistent and automatic security and encryption for all application data residing on disks. Encryption gives businesses running modern workloads such as Hadoop, NoSQL, object storage or MPP databases protection of personal information stored in data centers––critical in today’s complex security landscape.

“The time is right and the market is sizeable for Software Composable Infrastructure in Europe. European enterprises are quite advanced and demand a solution to manage their growing modern workloads like Hadoop and Cassandra,” Spanjaard said. “Coming from a career at larger, more established companies, I chose to jump head first into the startup world because I believe in DriveScale’s elegant solution that solves a problem many people have with modern workloads. With DriveScale, businesses can optimize their big data workloads, build a future-proofed data center and experience higher performance at a much lower cost than public cloud solutions.”

About DriveScaleDriveScale is the leader in Software Composable Infrastructure for modern workloads. Our innovative data center solution empowers IT to disaggregate compute and storage resources and quickly and easily recompose them to meet the needs of the business. Enterprises can respond faster to changing application environments, maximize the efficiency of their assets and save on equipment and operating expenses. DriveScale supports modern workloads such as Hadoop, Spark, Kafka, NoSQL, Cassandra, Docker, Kubernetes and other distributed applications at a fraction of the cost of alternative platforms. DriveScale, based in Sunnyvale, CA, is founded by technologists with deep roots in IT architecture that built enterprise-class systems for Cisco and Sun Microsystems. Investors include Pelion Venture Partners, Nautilus Venture Partners and Ingrasys, a wholly owned subsidiary of Foxconn. Visit www.drivescale.com or follow us on Twitter at @DriveScale_Inc.