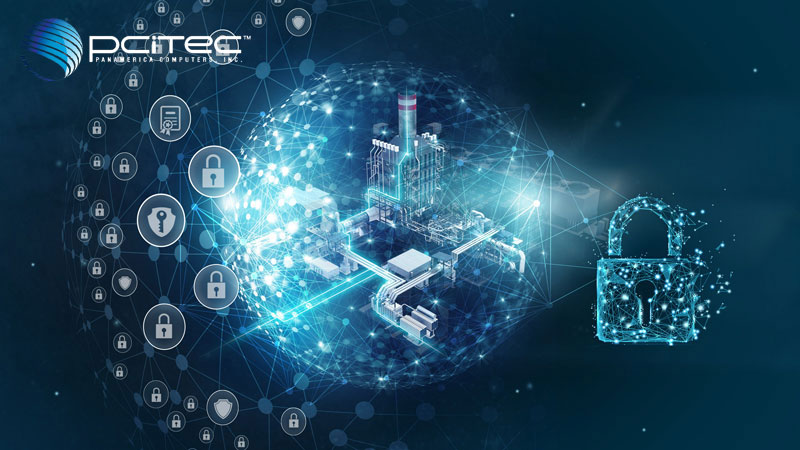 PCi Tec is a HUBZone, WOSB, IT and cybersecurity small business that has been in government and commercial marketplaces since 1993. Chuck, with his broad senior experience in government, industry and academia, will lead the expansion of cybersecurity company offerings and establish the PCi Tec research and development foundry that will explore emerging, cutting-edge cyber technologies in cooperation with the public and private sectors.

PCi Tec President Rosina Kling said, “We are delighted to have a world-class cyber expert like Chuck working as part of our team. His knowledge and experience will be invaluable to our clients and to our increased cybersecurity mission as the threat environment that we all face, unfortunately, continues to grow.”

Chuck Brooks is a globally recognized thought leader and evangelist for cybersecurity and for emerging technologies. LinkedIn named Chuck as one of “The Top 5 Tech People to Follow on LinkedIn.” He was named by Thompson Reuters as a “Top 50 Global Influencer in Risk, Compliance,” and by IFSEC as the “#2 Global Cybersecurity Influencer” in 2018. He is also a Cybersecurity Expert for “The Network” at the Washington Post, Visiting Editor at Homeland Security Today, and a contributor to FORBES.

In government, Chuck has received two senior Presidential appointments. Under President George W. Bush, he was appointed to the U.S. Department of Homeland Security (DHS) as the first Legislative Director of the Department’s Science & Technology Directorate. Previously, he was appointed as Special Assistant to the Director of Voice of America by President Ronald Reagan. Chuck also served as a top advisor to the late Senator Arlen Specter (PA) addressing security and technology issues on Capitol Hill. He has also found time to serve, at the local level, as an auxiliary police officer for Arlington, Virginia.

In academia, Chuck is Adjunct Faculty at Georgetown University’s Applied Intelligence Program and graduate Cybersecurity Program, where he teaches courses on risk management, homeland security, and cybersecurity. He was an Adjunct Faculty Member at the Johns Hopkins University, where he taught a graduate course on homeland security for two years. He has an MA in International Relations from the University of Chicago, a BA in Political Science from DePauw University, and a Certificate in International Law from The Hague Academy of International Law.