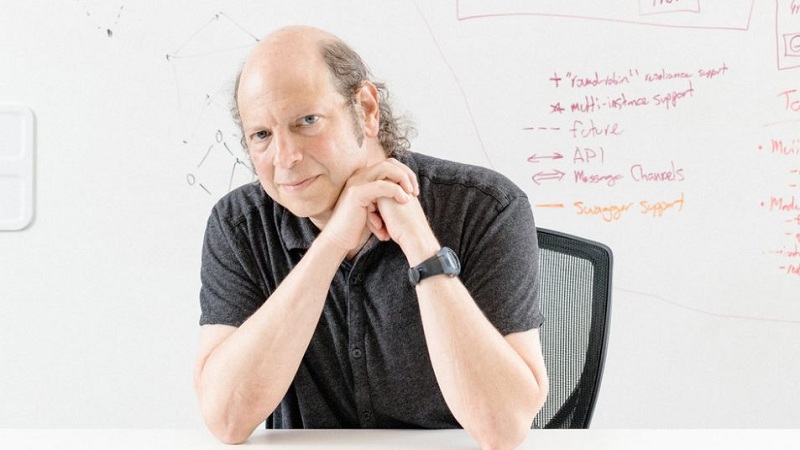 For the past five years, the hottest thing in artificial intelligence has been a branch known as deep learning. The grandly named statistical technique, put simply, gives computers a way to learn by processing massive amounts of data. Thanks to deep learning, computers can easily identify faces and recognize spoken words, making other forms of humanlike intelligence suddenly seem within reach.

Companies like Google, Facebook and Microsoft have poured money into deep learning. Startups pursuing everything from cancer cures to back-office automation trumpet their deep-learning expertise. And the technology’s perception and pattern-matching abilities are being applied to improve progress in fields such as drug discovery and self-driving cars.

But now some scientists are asking whether deep learning is really so deep after all.

In recent conversations, online comments and a few lengthy essays, a growing number of AI experts are warning that the infatuation with deep learning may well breed myopia and overinvestment now — and disillusionment later.

“There is no real intelligence there,” said Michael I. Jordan, a professor at the University of California, Berkeley, and the author of an essay published in April intended to temper the lofty expectations surrounding AI. “And I think that trusting these brute-force algorithms too much is a faith misplaced.”

The danger, some experts warn, is that AI will run into a technical wall and eventually face a popular backlash — a familiar pattern in artificial intelligence since that term was coined in the 1950s. With deep learning in particular, researchers said, the concerns are being fueled by the technology’s limits.

Deep-learning algorithms train on a batch of related data — like pictures of human faces — and are then fed more and more data, which steadily improve the software’s pattern-matching accuracy. And while the technique has spawned successes, the results are largely confined to fields where those huge data sets are available and the tasks are well defined, like labeling images or translating speech to text.

The technology struggles in the more open terrains of intelligence — that is, meaning, reasoning and common-sense knowledge. While deep-learning software can instantly identify millions of words, it has no understanding of a concept like “justice,” “democracy” or “meddling.”

Researchers have shown that deep learning can be easily fooled. Scramble a relative handful of pixels, and the technology can mistake a turtle for a rifle or a parking sign for a refrigerator.

In a widely read article published early this year on arXiv.org, a site for scientific papers, Gary Marcus, a professor at New York University, posed the question: “Is deep learning approaching a wall?” He wrote, “As is so often the case, the patterns extracted by deep learning are more superficial than they initially appear.”

f the reach of deep learning is limited, too much money and too many fine minds may now be devoted to it, said Oren Etzioni, chief executive of the Allen Institute for Artificial Intelligence. “We run the risk of missing other important concepts and paths to advancing AI,” he said.

Amid the debate, some research groups, startups and computer scientists are showing more interest in approaches to artificial intelligence that address some of deep learning’s weaknesses. For one, the Allen Institute, a nonprofit lab in Seattle, announced in February that it would invest $125 million over the next three years largely in research to teach machines to generate common-sense knowledge — an initiative called Project Alexandria.

While that program and other efforts vary, their common goal is a broader and more flexible intelligence than deep learning. And they are typically far less data hungry. They often use deep learning as one ingredient among others in their recipe.

“We’re not anti-deep learning,” said Yejin Choi, a researcher at the Allen Institute and a computer scientist at the University of Washington. “We’re trying to raise the sights of AI, not criticize tools.”

Those other, nondeep-learning tools are often old techniques employed in new ways. At Kyndi, a Silicon Valley startup, computer scientists are writing code in Prolog, a programming language that dates to the 1970s. It was designed for the reasoning and knowledge representation side of AI, which processes facts and concepts, and tries to complete tasks that are not always well defined. Deep learning comes from the statistical side of AI known as machine learning.

Benjamin Grosof, an AI researcher for three decades, joined Kyndi in May as its chief scientist. Grosof said he was impressed by Kyndi’s work on “new ways of bringing together the two branches of AI.”

Kyndi has been able to use very little training data to automate the generation of facts, concepts and inferences, said Ryan Welsh, the startup’s chief executive.

The Kyndi system, he said, can train on 10-30 scientific documents of 10-50 pages each. Once trained, Kyndi’s software can identify concepts and not just words.

In work for three large government agencies that it declined to disclose, Kyndi has been asking its system to answer this typical question: Has a technology been “demonstrated in a laboratory setting”? The Kyndi program, Welsh said, can accurately infer the answer, even when that phrase does not appear in a document.

And Kyndi’s reading and scoring software is fast. A human analyst, Welsh said, might take two hours on average to read a lengthy scientific document, and perhaps read 1,000 in a year. Kyndi’s technology can read those 1,000 documents in seven hours, he said.

Kyndi serves as a tireless digital assistant, identifying the documents and passages that require human judgment. “The goal is increasing the productivity of the human analysts,” Welsh said.

Kyndi and others are betting that the time is finally right to take on some of the more daunting challenges in AI. That echoes the trajectory of deep learning, which made little progress for decades before the recent explosion of digital data and ever-faster computers fueled leaps in performance of its so-called neural networks. Those networks are digital layers loosely analogous to biological neurons. The “deep” refers to many layers. There are other hopeful signs in the beyond-deep-learning camp. Vicarious, a startup developing robots that can quickly switch from task to task like humans, published promising research in the journal Science last fall. Its AI technology learned from relatively few examples to mimic human visual intelligence, using data 300 times more efficiently than deep learning models. The system also broke through the defenses of captchas, the squiggly letter-identification tests on websites meant to foil software intruders.The Pentagon’s research arm, the Defense Advanced Research Projects Agency (DARPA), has proposed a program to seed university research and provide a noncommercial network for sharing ideas on technology to emulate human common-sense reasoning, where deep learning falls short. If approved, the program, Machine Common Sense, would start this fall and most likely run for five years, with total funding of about $60 million.“This is a high-risk project, and the problem is bigger than any one company or research group,” said David Gunning, who managed DARPA’s personal-assistant program, which ended a decade ago and produced the technology that became Apple’s Siri.