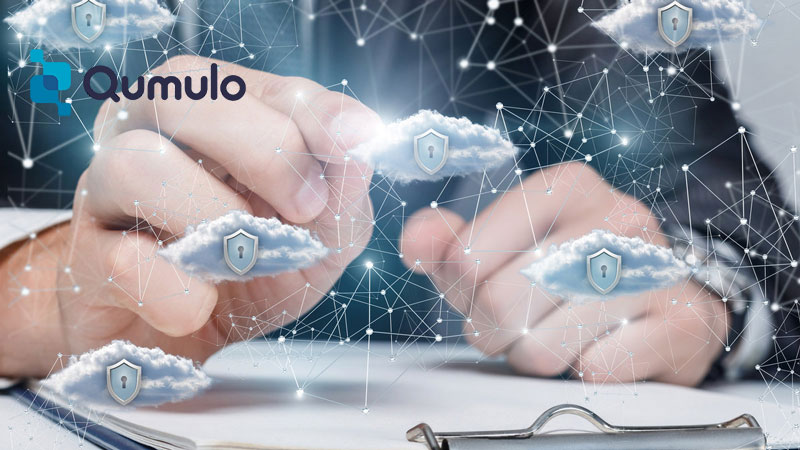 “At Google Cloud we’re committed to providing customers with the right technology, flexibility and choice they need to succeed with the cloud,” said Manvinder Singh, director, partnerships at Google Cloud. “It’s exciting to see the work that Qumulo and Google Cloud Platform are achieving together to advance workloads in the cloud. This collaborative solution is a great example of innovation made possible by the confluence of strong partnerships and technology.”

Qumulo will demonstrate its expanded multicloud offering in booth #471 at the Gartner IT Infrastructure, Operations & Cloud Strategies (IOCS) conference taking place Dec. 9-12, 2019. Molly Presley, Global Product Marketing Director, from Qumulo will present on “Building a Data Architecture to Enable Cloud Transformation” on Dec. 10. Qumulo also will host a roundtable at the conference on Dec. 11 focused on, “Delivering on the Dream, How Data Architecture Drives Cloud Transformation.”

Gartner predicts that by 2021, more than 75 percent of midsize and large organizations will have adopted a multicloud and/or hybrid IT strategy.

Today’s announcement underscores Qumulo’s commitment to bringing high performance, scalable file storage to the cloud, and complements Qumulo’s presence in the Amazon Web Services (AWS) Marketplace. The Qumulo file system scales across on-prem, hybrid cloud and cloud environments, and is now available for purchase in the GCP Marketplace and the AWS Marketplace.

Qumulo’s multicloud strategy makes it easy for organizations to store, manage, and access their data, workloads and applications in either GCP and AWS. Qumulo also enables data replication between clouds for migration or multi-copy requirements.

Qumulo provides a complete set of enterprise features in the cloud including support for high-performance NFS & SMB, real-time data analytics and visibility, directory-based capacity quotas and snapshots. Data can quickly and easily be moved between clusters in data centers on-prem and within Qumulo cloud clusters with continuous replication. Scaling to billions of files, and tens of petabytes, Qumulo solutions provide customers with file storage for the most demanding workloads. Its scale-out NAS enables extreme performance and is configurable to support a wide range of compute-intensive workloads such as VFX rendering, data analytics, artificial intelligence and genomic sequencing.

“Qumulo’s mission is to help our customers unleash the power of their file data, whether it’s on-prem or in public cloud platforms like GCP. We are excited by the power GCP offers our customers as they look for seamless solutions to scale their business and leverage the unique capabilities of the cloud,” said Molly Presley, global director product marketing, Qumulo. “For global enterprises, public cloud providers are helping to revolutionize the storage industry and enable true digital transformation.”

To book a meeting with Qumulo at Gartner IOCS conference, click here.

About Qumulo, Inc.
Qumulo is the leader in enterprise-proven hybrid cloud file storage, providing real-time visibility, scale and control of your data across on-prem and the cloud. Qumulo’s real-time analytics help save time and money while increasing performance. Built to scale across the data center and cloud, Qumulo’s software-defined file system enables programmatic configuration and management of usage, capacity and performance. Qumulo has completely redefined customer success by continuously delighting customers with new capabilities, 100 percent-usable capacity and direct access to experts. For more information, visit www.qumulo.com.

Qumulo and the Qumulo logo are registered trademarks or trademarks of Qumulo, Inc. All other marks and names herein may be trademarks of other companies. Copyright © 2019. All Rights Reserved.