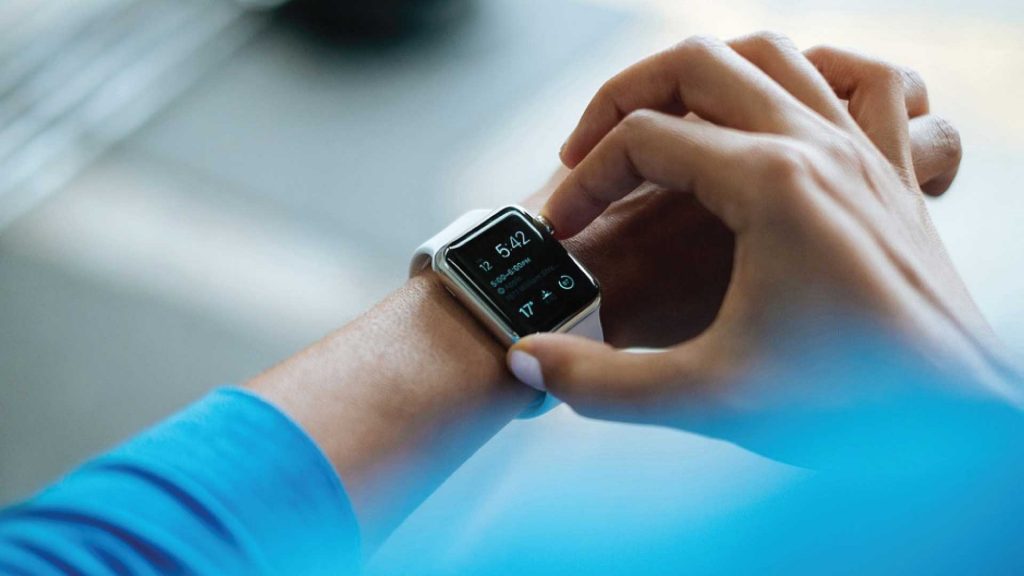 ‘On time, on dose’ said Sung-Kyoung Lee, CEO of Jubilee Biotech Co., Ltd. developing JUBI watch for Smart Drug Delivery System. , “The misdiagnosis is reduced only when accurate medication information is secured based on IT.”

Jubilee Biotech, a startup in South Korea, has developed JUBIwatch, a smart watch and medication management platform that uses microneedles to administer exact amounts of medication at set times.

“Wearing, setting up, and sending information on medication.” This is the phrase that has inspired the slogan “wear, set, and forget,” which Sung-Kyoung Lee, CEO of Jubilee Biotech has stuck close by in developing JUBIwatch.

Medicine in the JUBIwatch is contained in a microneedle cartridge, which a patient inserts manually into the watch. The patient can then connect the watch to their medication schedule via mobile app. Then, at the correct time, the JUBIwatch microneedle administers the medicine via transdermal administration. JUBIwatch has been developed by R&D for the past two years and has plans in place for FDA review and commercialization.

When the doctor asks the dreaded question, “Did you take your medicine properly?”, the patient responds based on unclear, incorrect memories, which can lead to misdiagnosis. However, if medicine is administered via JUBIwatch, time and dosage are accurately measured in seconds and micrograms. Further, datafication secures more meaningful medical information for the patient.

Over the past 20 years, Smartphones and Social Media have completely changed the world. Personalization and customization are emphasized in many areas and have affected all areas of life beyond shopping, mass media, and learning.

However, in the healthcare industry, especially in the medical sectors that have the greatest impact on our lives and are the cornerstone of the quality of life, progress is slow.

For instance, the pharmaceutical system through which doctors prescribe medicine for patients to conveniently pick up at local drugstores has lasted for a long time.

Compared to other areas in the industry that have made a lot of progress in the past years, progress in this system is mostly dormant, and the system remains surprisingly ineffective.

For instance, according to statistics from the American Pharmacists Association (APhA), three out of four patients do not take medicine as prescribed.

There are various reasons for this statistic: patients might miss a dose, forget to take their medicine, or fail to get a refill due to other factors. In a study ,The APhA found:

In medical terms, this phenomenon is called a “Medication Non- adherence”– and the personal and social costs from it are truly enormous.

In North America, 125,000 deaths are directly caused by medication non-adherence, with the estimated cost reaching 300 billion USD per year.

Lee majored in molecular biology at the University of Wisconsin-Madison and earned a Doctoral Degree in Toxicology and Molecular Pharmacology. Since then, he has worked as a Postdoctoral fellow at the Perelman School of Medicine at the University of Pennsylvania. He has also published a number of SCI(Science Citation index)-registered papers and won the Society of Dermatology Young Fellow Award in 2017.

When asked what led him to the start-up industry, Lee replied: “I believe that the medical market is leaning into a focus on Personalized Medicine, Telemedicine, and Pain. I established this company to create a medical platform that addresses these three areas to build a better healthcare system.”

While working at UPenn, Lee learned of the numerous hurdles that came before research in the laboratory was industrialized and used in daily life. From this, he started his business to create a platform that can help both patients and doctors in the problem of medication.

Jubilee Biotech’s motto is “to make patients and doctors happy.” Lee notes, “Human life will become more personalized with people increasingly becoming more interested in improving the quality of life. I predict that this will lead to a healthcare system that has a direct impact on the quality of life, as attempts to minimize pain continue.”

JUBIwatch is a platform to secure accurate medication information for the benefit of both doctors and patients.

“As important as developing a good medicine is helping patients take it properly. While maintaining awareness of the problem, I came up with the idea of creating a ‘wearable device’ that uses microneedles to administer quantities on time and convert them into data,” says Lee.

“Jubilee” is a Hebrew word, meaning Freedom, Recovery, and Joy.

As its name suggests, Jubilee Biotech’s mission is to become a company that provides joy, recovery, and specific solutions to those that are suffering. Jubilee Biotech is preparing for R&D and FDA approval simultaneously in Korea and the United States.

Jubilee Biotech has filed relevant patents and will attempt to secure more patents in near future. Through IP landscaping, it was found that there are no patents relevant to JUBIwatch. Accordingly, Jubilee is putting intense effort towards proposing diverse and influential patent applications and is expected to become the front runner of the market if the patents are successfully registered.

Although competitors are also developing drug delivery devices that utilize microneedles, the JUBIwatch platform differs from their products.  Competitors’ current solutions are single dose medications that still require the patient’s action in taking the medicine, which does not account for medication non-adherence. However, the JUBIwatch platform is unique in the sense that by simply wearing the device, the patient can save themselves the trouble of finding a medicine container and water on time to take the medicine. Moreover, JUBIwatch will help patients with physical disabilities to more conveniently take their medicine.

JUBIwatch is a necessity for drugs that only function when taken at the right times.

Nowadays, smart watches in the market have diverse medical functions, such as heart rate and blood pressure checks. The dosing function of JUBIwatch is decisively different from these pre-existing functions, in that other smartwatches utilize sensing technology to provide measurement. Thus, the microneedle cartridges used by JUBIwatch are structurally incompatible with smartwatches currently released in the market. Apple Watches and Galaxy Watches do not have the space to insert a cartridge for medication, nor can they implement a mechanism to drive it since their inside spaces are already full of sensors and batteries. On the other hand, JUBIwatch was designed to prioritize loading cartridges as a core function, and its patented mechanism provides efficient administration. JUBIwatch’s IT functions, which include information about the patient’s medication, are possible through a small microchip. With JUBIwatch 2nd generation, Jubilee Biotech plans for more diverse sensing and IT functions to be installed in the tiniest spaces.

Lee says, “Through JUBIwatch, we first plan to provide hormonal drugs and medicines that are particularly efficient when taken in small doses in the form of cartridges. We will start mainly with hormones and plan to expand to medicines for stroke and Parkinson’s disease, such as levodopa and rheumatism. These drugs are a priority because they are effective when taken on time. This device/cartridge/app-web service will be a different type of medical platform”

Some medicines can cause health issues or disturb the balance of the entire body if they are not taken on time. This is the case for estrogen, a female hormone, doctors do not suggest doses of estrogen for patients who miss correct intake time. The same goes for thyroid hormones. People with palsy (Parkinson’s disease) must take their medication as soon as they wake up in the morning, but they may face difficulties in achieving this task due to physical discomforts or difficulties. In many cases, such as schizophrenia, caregivers are needed to help patients take their medication.

JUBIwatch can solve these problems and increase the efficacy of these medications by allowing patients to take their medicines at accurate times. Through the JUBI App, guardians and doctors can have live feedback regarding the patient’s drug delivery and the medication dosages.

Recently, medicine is being developed in the form of patches or implants that show high efficacy in administration. However, it is ultimately up to the patient to attach the patch to themselves at a certain time, which makes it easy to miss dosages– as previously stated, only 1 in 4 people take their medicine on time. JUBIwatch helps to overcome the intrinsic limitations of human beings and its effect cannot simply be estimated in economic values.

Jubilee Biotech has nearly reached the completion of JUBIwatch for FDA Pre-submission in 2022 and plans to establish a US branch next year. Currently, Jubilee Biotech is in discussion with a number of VC and PEs to expand the company for diverse drugs. Jubilee Biotech’s current goal is to launch a data-based treatment platform with JUBIwatch by the end of 2023 in the US market.