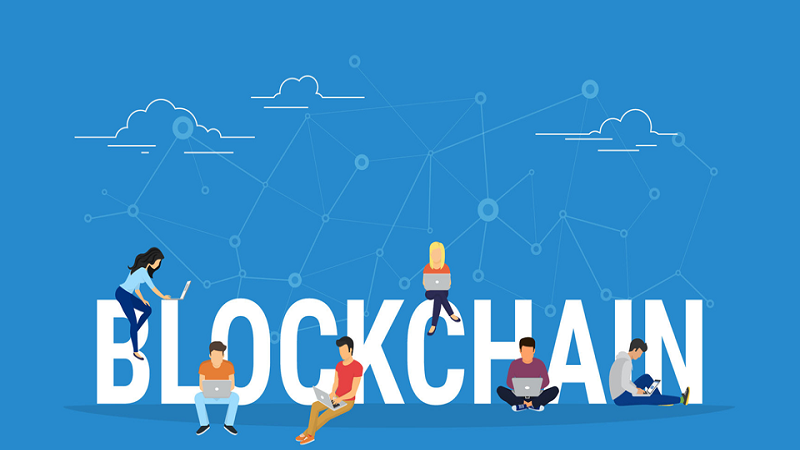 The Internet of Things (IoT) could potentially be the key to unlocking the Blockchain potential, as recent developments figure to aid in making digital currencies more practical and easier to use in real world markets. The Applications of IoT in the Cryptocurrency landscape range from simple transaction methods to more efficiently mining coins and other currencies. The IoT market is well positioned to make an impact in this field, as a study by McKinsey estimates the market will be worth $581 billion within the next two years. Active tech companies in the markets this week include Gopher Protocol Inc. (OTC: GOPH), Pareteum Corporation (NYSE: TEUM), Glance Technologies Inc. (OTC: GLNNF) (CSE: GET), MGT Capital Investments Inc. (OTC: MGTI), NXT-ID Inc. (NASDAQ: NXTD).

The Guardian Patch is a communications device that is self adhesive and can be affixed to any object in order to track it anywhere on Earth. The Guardian Patch can track object’s movements, in real time, at any location in the world, indoors, outdoors, and underground. The system can establish a location completely passively using its own radio technology. The Guardian patch enables a whole new range of “real-life location analytics”. It could track exactly how many miles your object moved, cities/towns visited, velocity of travel, how long the object was at a specific location, altitude and temperature as well as the object’s current movement in real time. The system includes its own power source that is expected to last one year.

Danny Rittman, Gopher’s CTO stated “We believe the integration of the Guardian Patch radio system within our digital coin system will enable an entire world of possibilities. Since the GRC is based on an entire new concept, an out-of-the-box approach was needed and this is why our Guardian Patch radio system was selected. Using our digital coin within our private network will enable users from all over the world to perform secured and private transactions with maximum efficiency. Read this and more news for GOPH at http://www.marketnewsupdates.com/news/goph.html

Other recent developments in the tech industry include:

Pareteum Corp (NYSE: TEUM) recently announced it has signed a $3 million 3-year contract with a U.S. service provider to enable the delivery of mobility services for their consumer and enterprise customers. The Pareteum Global Software Defined Cloud (GSDC) will empower them with software defined mobile connectivity for roaming, airtime, voice, SMS, and data services. Our new client says it is “time for telecom to change”. They selected Pareteum to access the super API software-enablement solutions delivered by the GSDC and to eliminate the commercial and technical barriers to open mobility, applications and global connectivity. Super API speeds the integration of multiple applications including mobile data, voice, SMS, and VOIP services, bundled by our client for resale to their enterprise and consumer customers. Their subscribers will now benefit from global connectivity access through affordable bundled service packages, tailored for their evolving demands by our Predictive Analytics and Insights Engine.

Glance Technologies Inc (OTCQB:GLNNF) (CSE:GET.CN) recently announced that its second fiscal quarter of 2018 was the Company’s strongest ever for launches and merchant partner signings. The Company signed 148 new locations and launched 59 new locations in its fiscal Q2 2018, making it Glance’s new best quarter to date for partner acquisitions and launches. The Company has also been engaged in a period of rapid business development, having since inception secured commitments from a total of nearly 500 merchant locations across Canada and the U.S. to adopt the Glance Pay App as their mobile payments solution of choice. A cornerstone of the Company’s many restaurant partnerships are several signed restaurant chains, which boast lucrative businesses and an expanding footprint of franchised locations, including MR MIKES SteakhouseCasual, Ricky’s Group of Restaurants, Freshslice Pizza and the Steamworks Group of Companies.

MGT Capital Investments Inc. (OTCQB:MGTI) recently announced the appointment of Stephen Schaeffer as Chief Operating Officer of MGT. Mr. Schaeffer has served as President of the Company’s Crypto-Capital Strategies division since August 2017. In this role, Mr. Schaeffer has led the Company’s crypto team domestically as well as the expanded operation in Sweden. Mr. Schaeffer has an extensive background in building and operating large scale crypto mining centers since 2012. In addition, he has strong relationships with some of the largest hardware manufacturers as well as many of the most influential individuals in the Bitcoin industry. In his new role as COO, Mr. Schaeffer will continue to head Bitcoin mining operations, providing MGT with higher visibility as he focuses on development of expansion opportunities and new investment partnerships. His earlier business experience includes over 20 years on Wall Street as an equities trader and an adviser to small to mid-sized public companies.

NXT-ID Inc (NASDAQ:NXTD) recently announced its subsidiary, Fit Pay Inc., entered into a co-marketing agreement with rapper, record producer and entrepreneur Wesley Eric Weston, Jr., better known as Lil’ Flip aka ‘Flip Gate$’. Under the agreement, Lil’ Flip and FitPay will collaborate to market a contactless payment device that allows Bitcoin holders to make contactless payments in millions of retail locations with value exchanged from their cryptocurrency. The device, which will include artwork designed by Lil’ Flip and carry his branding, leverages the FitPay® Bitcoin Exchange and payment Token Requestor platforms. “I’ve always been ahead of my time. This move was planned 10 years ago. I’m a calculated mastermind. I pattern my biz moves after greats like J.Prince, Warren Buffet, Jay-Z and Bill Gates. That’s why my nickname is Flip Gate$ and don’t forget the dollar sign. Checkmate!!!!! #KINGLIFE,” said Lil’ Flip. “Great to work with a company like FitPay that is forward thinking and shares my vision.”

DISCLAIMER: MarketNewsUpdates.com (MNU) is a third party publisher and news dissemination service provider, which disseminates electronic information through multiple online media channels. MNU is NOT affiliated in any manner with any company mentioned herein. MNU and its affiliated companies are a news dissemination solutions provider and are NOT a registered broker/dealer/analyst/adviser, holds no investment licenses and may NOT sell, offer to sell or offer to buy any security. MNU’s market updates, news alerts and corporate profiles are NOT a solicitation or recommendation to buy, sell or hold securities. The material in this release is intended to be strictly informational and is NEVER to be construed or interpreted as research material. All readers are strongly urged to perform research and due diligence on their own and consult a licensed financial professional before considering any level of investing in stocks. All material included herein is republished content and details which were previously disseminated by the companies mentioned in this release. MNU is not liable for any investment decisions by its readers or subscribers. Investors are cautioned that they may lose all or a portion of their investment when investing in stocks. For current services performed MNU has been compensated twenty three hundred dollars for news coverage of the current press releases issued by Gopher Protocol Inc. by a non-affiliated third party. MNU HOLDS NO SHARES OF ANY COMPANY NAMED IN THIS RELEASE.