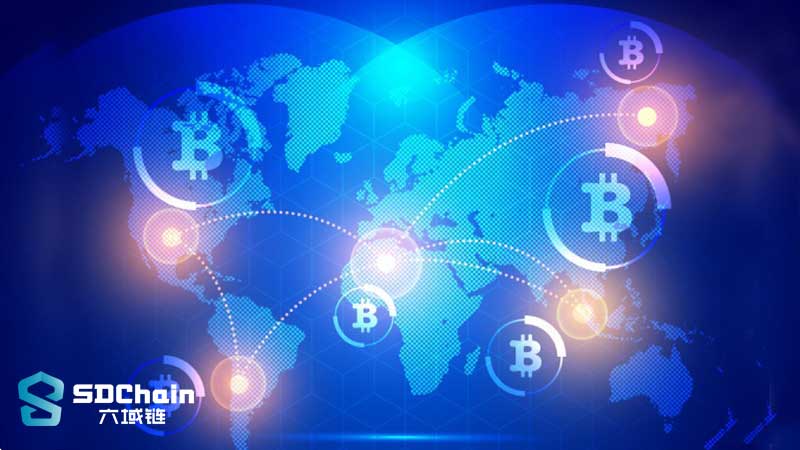 On July 18, at the “IoT Enabled Blockchain Ecosystem” conference co-hosted by TIOTA (Taiwan Internet of Things Association) in Taipei, Taiwan, the SDChain Alliance officially announced the world’s first public chain that truly uses blockchain technology to secure IoT data reliability and establish a business incentive model. This public chain will start providing open services today that facilitate Internet of Things integration with the blockchain as a decentralized ecosystem. It will also enable the IoT industry to establish a cost effective but highly efficient and decentralized application ecosystem based on its own application requirements, creating high-value real digital assets and greatly enhancing the commercial value of IoT applications.

After nearly a year of efforts by SDChain’s core technical team, SDChain’s main network is ready to go. As the leader of the global IoT and blockchain ecological integration development, SDChain is based on the ecological characteristics of the Internet of Things application and the current trend of the public chain. It is the first in the world to launch the “Blockchain Reform Initiative” to help the blockchain’s wide application and rapid development in the whole industry and enter a new era of “Internet of Everything” from the “Internet of Everyone” era. Based on the Co-Chain blockchain technology system, the “Blockchain Reform Initiative” quickly and conveniently establishes the global SDChain ecosystem, realizes the interconnection between Co-Chain and other public chains, and establishes the ecological data mining mechanism of the Internet of Things application. Therefore, SDChain’s global community has a wide range of influence.

At the same time, the SDChain Alliance also released the “SDA Super Node Plan” for “data collection as mining” as first phase of “Blockchain Reform Initiative” and the first step in realizing the self-construction of IoT data mining and injecting a catalyst for the development of the industry. The SDChain Alliance launched a one-month public SDA community vote on July 20 to determine the details of “Super Node Plan”. For details, please visit the official website SDChain.io.

Today, at the SDChain public chain conference in Taipei, member of Legislative Yuan, Mr. Hrong-Tai Fai, and Director of Department of Information Technology, Taipei City Government, Mr. Weibin Li, attended the conference as VIPs, and member of Legislative Yuan, Mr. Yu-Jen Hsu, also gave a special speech by video. Titan Cheng, the CEO of BitoPro, Taiwan’s largest cryptocurrency exchange, who was also present at the event, said that the recent opening of the SDA transaction by BitoPro will allow Taiwan’s cryptocurrency exchange to promote the development of the Internet of Things industry in Taiwan.

Dr. Jie Shen, the chief scientist of the SDChain Alliance — the specifier defining the world’s first international standard for IoT reference architecture ISO / IEC 30141 — and the current chairman of the ISO / IEC JTC1 Internet of Things and Blockchain Integration Research Group, explained the origins and development of the six-domain model in his keynote speech. In addition, speaking from the viewpoint of the international specifier, he provided an in-depth analysis of how the six-domain model and SDChain will reshape the new IoT business model.

Other significant contributors to the conference made presentations in which they discussed issues of interest to participants as well as members of the public. Mr. JJ Yang, deputy general manager of Flowring Technology, a member of SDChain Alliance, gave details on how the Connesia IoT management platform integrated with SDChain would make the collection and analysis of a large amount of IoT data easier. Mr. Byron Chiu, the general manager of BMD Marketing, also a member of the SDChain Alliance, talked about introducing SDChain to the actual application scenario, and he highlighted this with a detailed explanation of how BMD Marketing had applied SDChain to create intelligent property management. Mr. Frank Fu, General Manager of Taiwan IoT & Blockchain Laboratory (TIBL), shared a unique perspective to clarify parts of the blockchain misunderstood by public. In his presentation, he briefly explained that the practical applications of blockchain are far wider than generally known and that they can be seen everywhere.

The application of SDChain is not limited to the Internet of Things industry. CEO of UUNIO, Connor Tack, who is committed to returning legitimate compensation to content creators, said that as a member of the SDChain Alliance, UUNIO could expand its market penetration to other regions. He further said that by joining the SDChain Alliance, UUNIO is now in a position to help establish South Korea’s SDChain community. In another good example of the flexibility of SDChain, Shanghai Rich Culture Media and Datang International Entertainment drew on the assistance of the SDChain Alliance to launch the public movie “Beyond Silence” based on SDA. Director Alice Wang expects the SDChain to assist the transformation and upgrading of the film industry.

The IoT Industry Trends Roundtable invited a large number of experts and enterprises in the field of Internet of Things to exchange ideas and viewpoints on “When the blockchain hits the Internet of Things”. Among those invited were Mr. Spencer Liang, Chairman of the Taiwan Internet of Things Association (TIOTA), Dr. Jie Shen, the editor of the ISO / IEC 30141 IoT Reference Architecture Standard, Mr. Andrew Fai, the founder of OBITO.IO tokenizing anything of value in the Bitcoin Cash blockchain, Mr. C.C. Tseng, CEO of ALLN (Airline and Life Networking Token), Mr. Cankey KT Li, CEO of WGC (Wind Gain Coin), and Mr. Giga Zheng, the head of the platform of ThanosX Exchange. The discussions were lively and thought-provoking, leading to a perfect ending for the SDChain public chain conference, with the SDA airdrop activity in the live Q&A.

In December 2017, the SDChain Alliance released an important white paper and ISO / IEC voted through the draft of the six-domain model. In March 2018, the SDChain test chain was released two months ahead of schedule, leading to ISO / IEC 30141 officially becoming an international standard this month, when the SDChain public chain went officially into service. On the strength of this real blockchain technology specifically tailored for the IoT industry, SDChain’s strategic partners and alliance members have gradually introduced SDChain to the actual application scenario. In the real-world environment, with from 2,500 to more than 20,000 users, the minimum response time a system service can still maintain an ultra-high level is no more than 6ms while providing a stable performance of 5,000 transactions per second.

Speaking at the SDChain public chain conference, David Pan, CEO of SDChain Alliance, said, ” Since the Internet of Things industry is bringing humans from the automation of communication in the Internet era to the execution of automation, the SDChain based on the international standard of the “six-domain model” has been verified by numerous application cases to prove that it is a blockchain technology that truly meets the future development trend of the Internet of Things industry.” This statement was further supported by Jaclyn Lin, business development director for Taiwan’s SDChain IoT, who said, “We believe that the deep cooperation between many strategic partners across different fields with SDChain will accelerate the evolution of the Taiwan IoT application ecosystem.” Finally, Walter Chang, market representative of Taiwan’s SDChain IoT, said, “To promote truly valuable digital assets and enter the blockchain ecosystem can promote the development and prosperity of the digital economy and further stimulate the vitality of the real economy.”

SDChain is a public blockchain that fully considers the characteristics of the Internet of Things technology and the needs of commercial ecological construction. It truly optimizes the complete blockchain mechanism, efficiently realizes the circulation and value conversion of digital assets and promotes the IoT business model of co-prosperity and symbiosis. Those interested in knowing why the Internet of Things needs a blockchain and wanting to learn about importing the blockchain into IoT applications are welcome to contact and join the SDChain Alliance to become part of the IoT industry innovation.

Founded in Canada, the SDChain Alliance leverages blockchain to activate IoT applications. SDChain believes that data from Internet of Things in the physical world should be shared through a fast, trusted and cost-effective blockchain network. Based on the “six-domain model” as a global standardization of the Internet of Things, the network enables data producers and data users in the open partner ecosystem to fully activate the potential of the digital economy and it promotes the development of innovation throughout the industry.

About TIOTA
Taiwan Internet Of Things Association, TIOTA, established in 2011, aims to lead IoT industry in Taiwan to thrive, and to grow by collaborating with partners and implementing practical IoT solutions. TIOTA currently has around 300 members/partners including Institute For Information Industry (III), ITRI and SECOM.