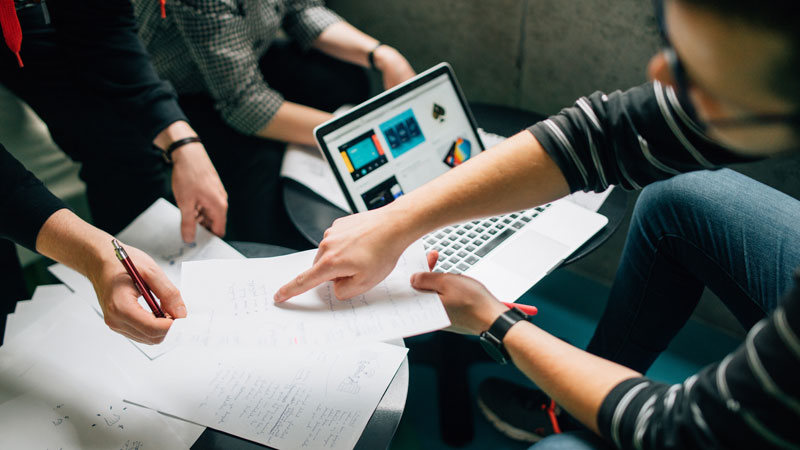 The information technology (IT) sector has put brakes on new investment to conserve cash but has done so even as share buybacks and dividends have become their preferred route to keep the stock markets happy.

As a result, the country’s top IT companies have reported a decline in their assets for the first time in many years.

The combined assets of the top five —Tata Consultancy Services (TCS), Infosys Technologies, Wipro, HCL Technologies and Tech Mahindra were down one per cent to Rs 2,774 billion at the end of 2017-18, from Rs 2,801 bn a year before.

In comparison, sectoral assets were up 15.3 per cent in FY17 and had expanded at an annualised 19.6 per cent between FY12 and FY17. Share buyback has led to a rally in their stock prices.

The combined market capitalisation in the sector is up 16.9 per cent since the end of March this year as investors bid up prices in anticipation of a higher buyback price.

IT companies are now trading at a price to earnings multiple of 21 times their net profit in FY18, their highest valuation ratio in three years and up from 16.6 times at the end of March 2017.

TCS has been the biggest gainer and is up 29 per cent since the end of March. On Friday, TCS announced a Rs 160-bn buyback plan, while Nasdaq-listed Cognizant advanced its ongoing buyback programme to complete by the third quarter of 2018 from year end earlier.

Buybacks have also allowed the sector to puff-up its return on equity, despite poor earnings growth and margin compression.

The average return on equity of net worth was up 90 basis points year-on-year (yoy) in FY18, after contracting for three years. Operating margin, however, continues to decline — it was down 50 basis points in FY18. One basis point in a hundredth of a per cent.

However, smaller cousins HCL Tech and Tech Mahindra continue to grow their assets or balance sheet — up 9.6 per cent and 13.7 per cent, respectively, in FY18.

Nasdaq-listed Cognizant also bucked the trend and reported a 21 per cent yoy rise in assets during the 2017 calendar year. However, this growth in CY17 came after a 4.2 per cent decline in the company’s assets during CY16.

In the past two years, these top companies have bought back shares (from shareholders) worth Rs 350 billion, led by TCS that bought Rs 160 bn worth in February 2017.

The company has announced another buyback worth Rs 160 bn that it expects to complete later this month. Wipro has done two share buybacks worth Rs 135 bn in two years  Infosys bought Rs 130 bn worth of its shares in the last quarter of CY17.

Beside, these companies cumulatively gave equity dividends worth Rs 624 bn in three years. These were up 17.8 per cent in FY18 from the big five, despite low single-digit growth in the sector’s earnings in Fy18. TCS is the largest dividend payer and Infosys is next.