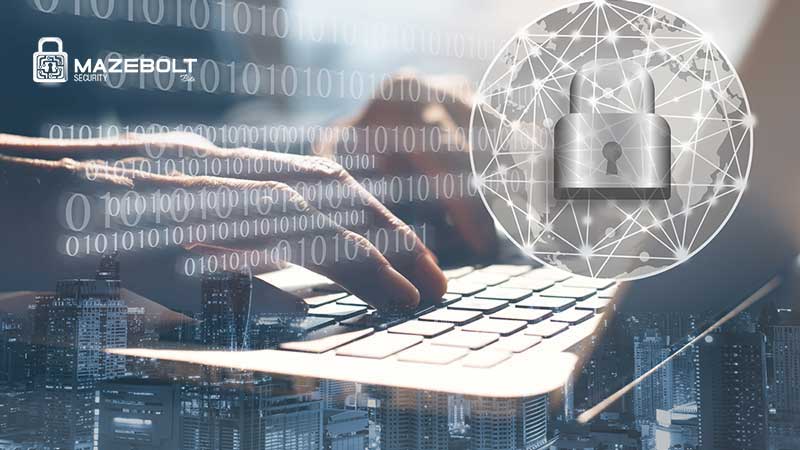 MazeBolt Technologies, a cybersecurity firm, has been granted a method patent for its ground-breaking invention. The technology empowers enterprises for the first time, to See, Control and Secure their DDoS defenses.

Proactive Feedback Module automatically mitigates DDoS vulnerabilities across the attack surface to eliminate DDoS risk from an average of ongoing 48% to an ongoing < 2%.

“After a long wait, we are glad to announce the grant of method patent for the Proactive Feedback Module, the technology that automatically mitigates DDoS vulnerabilities by operating with any existing DDoS Mitigation system. It continuously, around the clock, is able to see all DDoS vulnerabilities that existed, or getting generated in the underlying live production network.

The advantage of using the Proactive Feedback Module is that it works with any DDoS Mitigation on a global network scale, and across data centres. It offers a unified dashboard of all the subsidiaries branches and shows existing, closed and new DDoS vulnerabilities.” said Matthew Andriani, CEO – MazeBolt Technologies.

Enabled by the DDoS Radar® (Product), the proactive feedback module automatically mitigates DDoS vulnerabilities by anticipating exposures and closing them in real time across the attack surface before getting exploited.

Request a demo to know more.

“This is an exciting time for us. The patent allows us to extend our offering globally and specifically to markets like the US, where the banking industry is exploring ways to strengthen DDoS defences without disrupting the underlying production network and services.

Our customers report that DDoS attacks have become more sophisticated and sneakier. We have seen these attacks take down everything from holiday season e-commerce, to online payments, banking, and even government elections. Thanks to the DDoS Radar, we are able to eliminate DDoS risk and secure business continuity on unprecedented levels.” said Yair Melmed, VP – Solutions, MazeBolt Technologies.

Corporate customers in the sphere of banking, gaming, government, telecommunication, e-commerce and other industries around the globe, are now actively and effectively using MazeBolt’s technologies to eliminate DDoS risk. With the patent granted from the US and EU, MazeBolt plans to immediately expand its engineering and sales team to reach more enterprise clients.