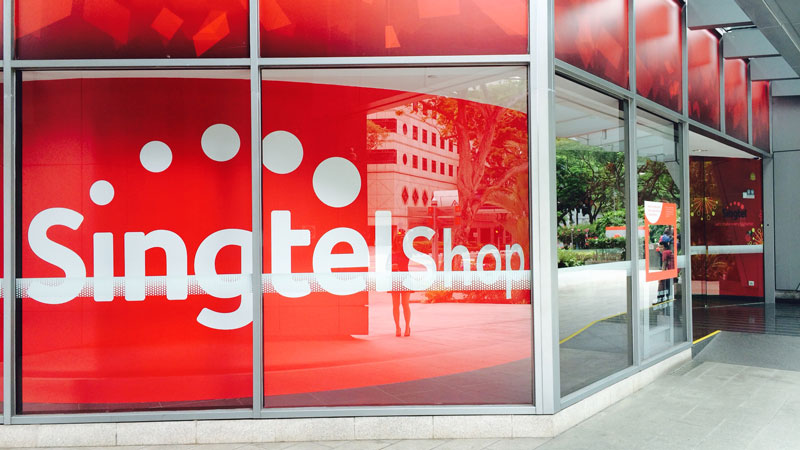 SINGTEL’S push into the digital realm continues to see “considerable progress” as it gears up against cyber threats, expands its digital marketing strategy and strengthens its core telecoms business in a “challenging” operating landscape.

In its latest annual report, Singtel said that digital and information and communications technology (ICT) businesses now contribute to some 24 per cent of group revenue, with cyber revenues amounting to more than S$530 million.

Singtel is continuing to build out its new digital businesses of cybersecurity and digital marketing, and its core consumer businesses across Singapore and Australia have done well, group chief executive Chua Sock Koong said in the report.

The telco now has 10 “advanced security operations centres” across Asia Pacific, Europe and the Americas and some 2,000 cyber security professionals working under its global cyber security unit.

Ms Chua highlighted that Singtel has also integrated its cybersecurity assets into a single unit to better secure against cyber threats and has partnered with SoftBank, Telefónica and Etisalat to create the Global Telco Security Alliance, which offers companies access to a range of cyber security services.

She noted, however, that “high quality mobile and broadband, compelling content and competitive pricing” will continue to remain at the heart of Singtel’s value proposition.

In India, Ms Chua added associate company Bharti Airtel has been feeling the heat from “an aggressive new operator” which had caused market disruption and price erosion, in a possible reference to Reliance Industries’ Jio, whose bold marketing moves forced market rivals to lower consumer costs.

Despite the tough competition, she believes “fair regulatory policies and sector consolidation should lead to a more stable market structure in the mid term”.

In Australia, Singtel put A$1 billion (S$1 billion) towards improving and expanding mobile coverage in rural and regional parts of the country. Australian subsidiary Optus also launched 5G trials at the recent Commonwealth Games in the Gold Coast.

Ms Chua earned S$6.11 million in fiscal 2018 with S$5.94 million paid out, comprising her fixed salary, variable bonuses, benefits and contributions to CPF, the national retirement savings scheme. The total remuneration was a slight decline from the S$6.56 million that was earned in 2017, for which S$5.89 million was paid out.

In his message to shareholders, chairman Simon Israel said that Singtel’s push in digitalising the core of its operations by incorporating data analytics, machine learning and artificial intelligence has provided critical insight and helped position the group for the Internet of Things era.

Over 3 million – or some 20 per cent of customers in Singapore and Australia – routinely use the My Singtel and My Optus apps to buy roaming packages, subscribe to value-added services and pay bills, Singtel said.

It also highlighted that nearly 20 per cent of all sales transactions in Singapore are now done online.

The group also aims to reduce absolute direct and indirect carbon emissions in its Singapore and Australia operations by 42 per cent and third-party emissions by 30 per cent by 2030.